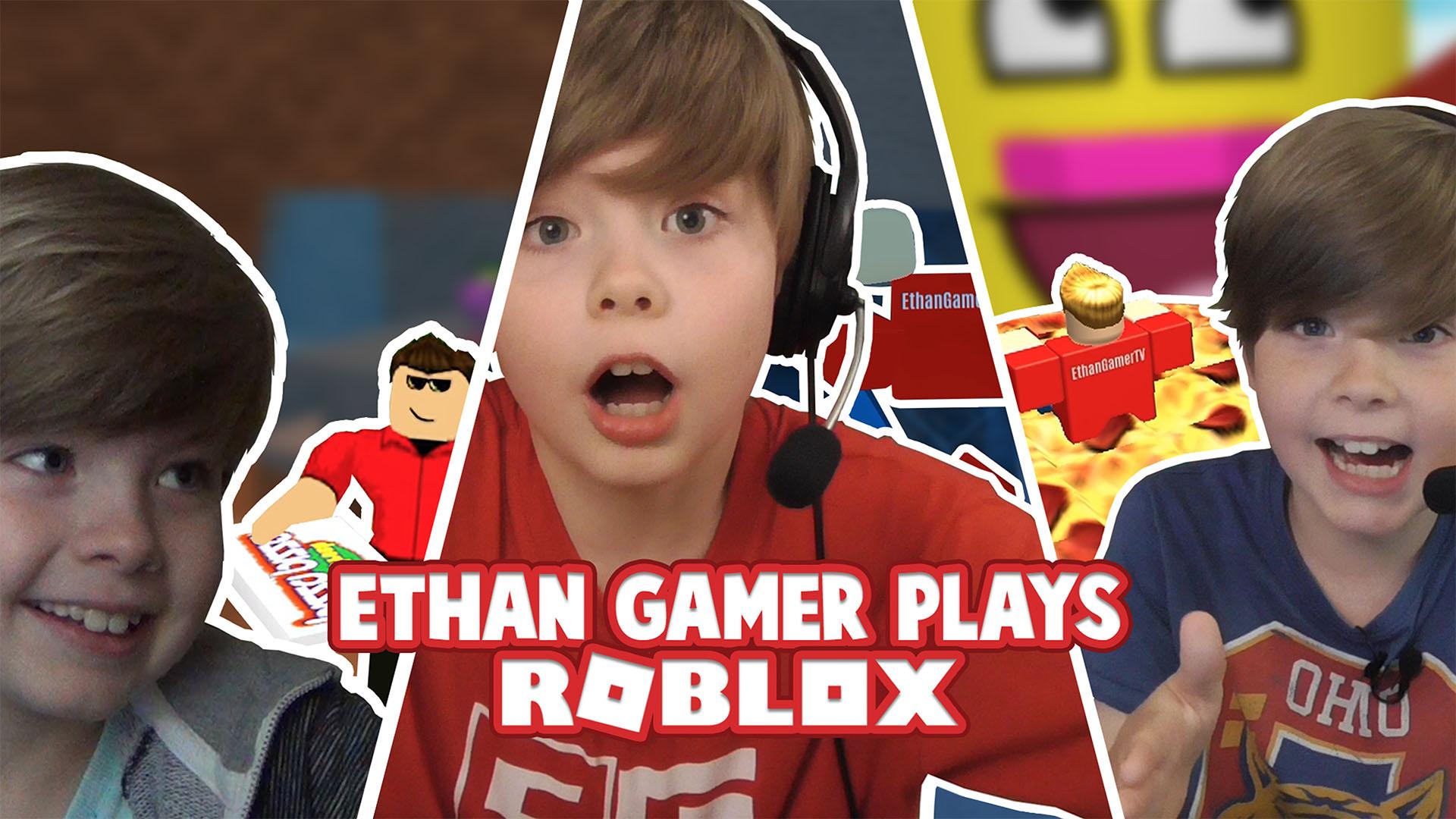 In Season 1 of Ethan Gamer plays Roblox, Ethan tries to survive a deadly snowstorm, turns into Superman, battles Pea Shooters, gets a job at a pizza place, is chased by evil minions, starts high school, destroys someone’s car, visits the hospital and gets infected by a zombie, almost drowns, races a giant burger, shoots a ghost giant with a laser gun, and rides a giant pizza! In Season 2 of Ethan Gamer plays Roblox, Ethan makes goblin sandwiches, dances his way to victory, gets knocked out, turns into a cake monster, feeds a giant noob, survives an encounter with Jaws In Season 3 of Ethan Gamer plays Roblox, Ethan goes trick-or-treating, cartwheels into Doge, throws a snowball at Santa, gets frozen by a gingerbread man, turns into a marble, makes a cake and feeds it to a giant noob, breaks lots of bones, and rolls around inside a giant washing machine!